I suppose I should check whether this image has copyright, but as they chose to invade my space by photographing and publishing it without consultation, sod it! And don’t start me on Google Glass. Although, I am rather looking forward to the first time someone wearing them looks at me, I may even start a Blog for the rogue’s gallery of pictures I intend taking of them with my trusty iPhone.

So what of my windows? Well, this morning an either very stupid or a very clever entrepreneur put a card through my door. He offered two prices depending on whether I had just my front windows or all my windows cleaned. The ‘front windows only’ offer was a steal for him, but for all my windows it would be financial suicide for his business. I haven’t yet decided if I will ring him, but if I do, I can’t wait to see his face when he sees the huge expanses of glass wall and roof, none of which is visible from street level, and the very fiddly circumferential windows!

And talking of ringing people, you may remember that the UK Border Agency was scrapped in March last year and returned to the Home Office because of its incompetence – take a look at ‘Hutber’s Law’, it applies in spades. I may explain later. Well, one group of people I never want to have to ring again is its successor, or rather, I really wish I could ring them. When needed in an emergency, or at any other time, no vaguely human being is available for speech. That is not strictly true, as long as your credit card is good for $3/minute you can ring ‘Worldbridge’, their commercial partners in the US, and be told that they can’t help. It is someone else’s problem, whatever the problem.

Need help? Go to one of the following two, seemingly unrelated and un-integrated, websites! 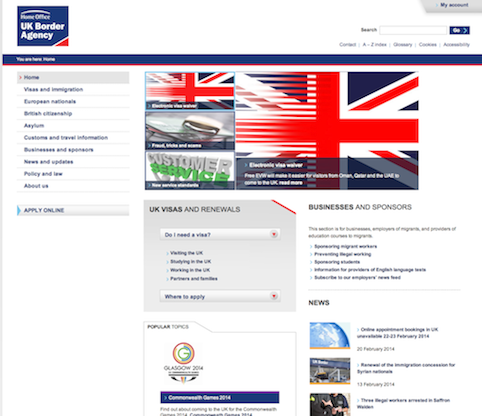 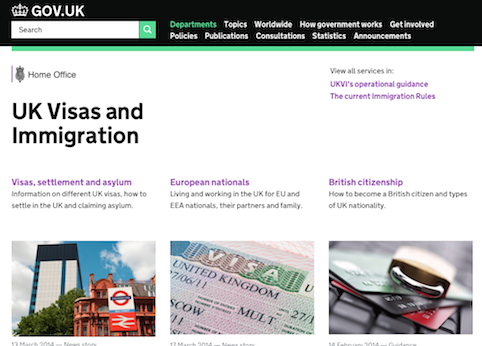 And see where that gets you!!

I have no intention of burdening you with a full re-visitation of the 10 days of sheer panic when the application website took and acknowledged all Cindy’s information, but then locked us out and refused to let her process her application. Why so worried? Because there was a 3 month deadline and a 3 month processing time that they don’t guarantee. It isn't helpful to demand evidence of wedding bookings and spending for the application dossier, whilst stating on the website that you should not book airfares or incur other expenditure.

The solution? There are applications from two Cindys in the system. Strangely, both have the same passport number, mother, father … etc, but they have different e-mail addresses. Only one has been pursued and, having paid handsomely to jump the queue, a visa has been issued. Hurrah! 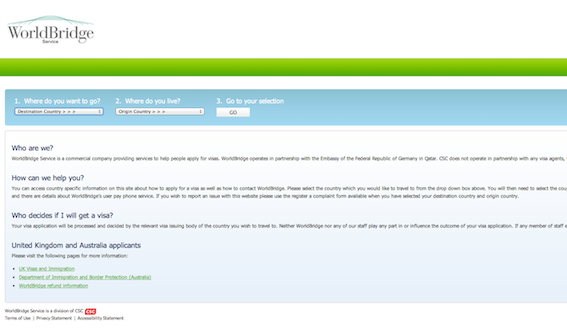 So why am I writing about this? Once you have decided which visa is required having had conflicting advice from 5 lawyers – evidence of bad law if evidence were required, the labyrinthine complexity of the application process involves the production of an original dossier and an exact copy. The copy will be retained and the original returned, or so the Home Office promises, your part being the following of precise mailing and return procedures.

These were followed to the letter. Of the 34 original documents in the original dossier, 10 were returned. Enquiry of Worldbridge elicited the response that the question had been passed to the visa section, which would respond further if there had been a failure to return documents. My response to the IF was lodged in their system within 24 hours. Ten days later – no response. Many of these are irreplaceable original legal documents, there is cause for concern.

I am not yet quite sure where this is going, but on a parallel track I am not looking forward to the reciprocal procedures for me. Once the paperwork is submitted for my US visa, I cannot enter the States until the process is completed. That process is currently taking approximately 15-18 months.

I have had the occasional lucid moment in the past few weeks, and have been slogging away at images. Unfortunately, South Africa is still work in progress, but there are four new Galleries from Montana in Jan-Feb at the bottom of Portfolio, including more images from the fascinating episode recorded in the previous Idle Thought. Enjoy!
___________________________________________

Hutber's Law states that “Improvement means deterioration”. It is founded on the cynical observation that a stated improvement actually hides a deterioration.

So true of all things Governmental and Political!!