Snow and Yet More Snow 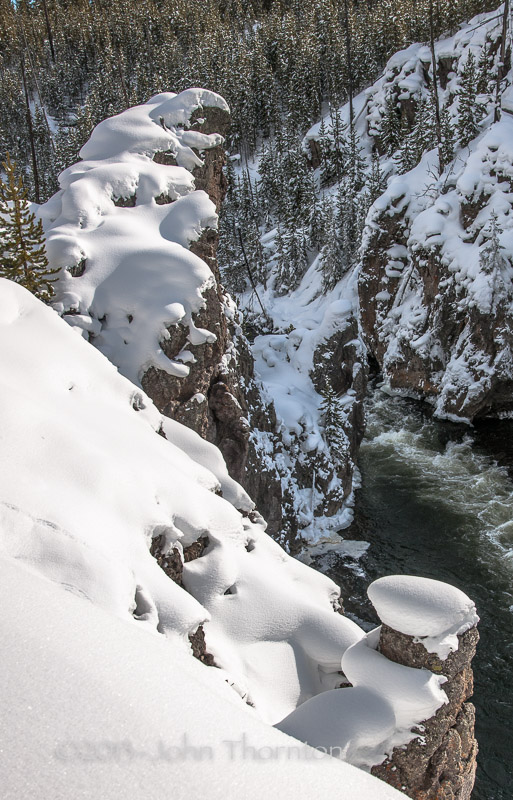 I have been able to escape to Bozeman and Yellowstone in the past week, if only in spirit, by spending much of it culling the 1200 images – themselves reduced from 5000 – to select those worthy of inspection. Last night I heaved a sigh of relief after uploading four new galleries to my website, they are now there for your delectation should you so wish.

When I launched this website, I had no thought of it becoming a vehicle for holiday snaps, the recording of merry japes or a daily blog of what I had eaten for breakfast. However, I suppose I better explain the background to the four new galleries.

I got to Bozeman in the middle of a blizzard in the middle of December and was blessed with snow for almost three months. It is great to see a society that manages to carry on its business unaffected by frequent falls of six inches of snow or more – no huge increase in car accidents, no closing of schools, no grinding to a halt of public transport – it all works. And it isn’t just a case of being prepared, it is also an attitude of mind, we could learn a lot! However, if you don’t like pictures of snow, look away now.

The first gallery – Montana Christmas – is just that, a few holiday snaps from a low-key, but thoroughly enjoyable holiday. Then the work started, Cindy led an eight day tour for six people in the Old Faithful Geyser Basin and the Lamar Valley whilst I looked after the dogs and tackled my long-list of set chores. However, I was then allowed out to live in the Lamar Valley for a week as Cindy lead a Yellowstone Association Institute course at the Buffalo Ranch, a historic site in Yellowstone conservation. The second gallery gives a flavour of that magical week in the wilds of the Park. The third Gallery – The Yurt Tour – also records a fantastic trip, four days living in the very heart of the Park. My last ‘Idle Thought’ tells all. The final Gallery contains the left-overs, the odds and sods, that don’t fit into the other three.

I hope you find something to entertain you.